Radio LoRa 97.5 MHz is an alternative local radio in Zurich

Independent, unyielding and unique since 1983.

Radio LoRa is a non-commercial local radio station for the greater Zurich area and is the oldest community radio station in Switzerland. Around 300 committed  Radio program makers send 24 hours a day from our studios in Kreis 4 - in more than 20 different languages!

The program of Radio LoRa is as colorful and diverse as the opinions, cultures and music of the people in Zurich - that's why in LoRa, every program is unique. .

Radio LoRa brings themes and plays music that has no place in other media. It offers space for experimental radioforms and radio art. Reports from women's perspective and (queer) feminist interventions have a permanent place in the LoRa program - the Monday program is headed by our  women's desk "Die Hälfte des Äthers" or literally „Half of the Waves“. LoRa is an intercultural radio in more than 20 different languages  which mirrors ​​the social realities in Zurich where a third of inhabitant  live an everyday life that does not (only) take place in Swiss German.

Radio LoRa is more than "just" a station. It is a meeting place and platform for various political groups, art collectives and migrant communities. With its program and diverse projects, Radio LoRa sees itself as an active actor in political and cultural events in Zurich. Join us!

Free Radio - An alternative to the mainstream

Radio LoRa is referred to as free radio or community radio and differs in program and organization from both private and public radio stations:

Radio LoRa is independent of commercial exploitation interests. There are no advertisements in the LoRa program. Radio LoRa finances itself through membership fees and donations, and shares from the public and project-related subsidies.

The program is supported by voluntary broadcasters. All interested persons can arrange programs for as long as  they adhere to the LoRa principles: no racism, no sexism, no advertising. Radio Lora operates according to the principles of participatory democracy and emphasizes gender equality and the inclusion of migrants at all levels of the operations.

Radio LoRa provides airtime to a variety of groups and individuals, especially people who have little room for self-representation in the media due to social exclusion, sexist or racial discrimination. LoRa invites its audience to actively participate and discuss.

In cooperation with the radio school klipp & klang, LoRa trains interested persons in radio making and production. Trainings, such as the design of multilingual programs, research, journalism,  moderation and intercultural communication, are also offered on a regular basis.

Radio LoRa is a member of UNIKOM, the Swiss association of non-profit-oriented radio stations, which currently has seventeen radios - including all eleven licensed community radio stations in Switzerland. 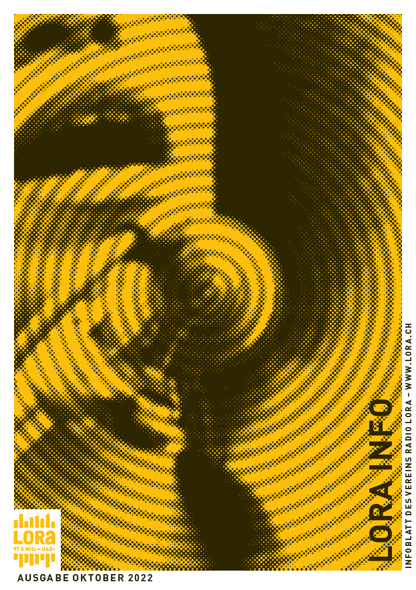